Kahada Valley: The Edge of Matsusaka

Situated in the western part of Matsusaka is the Kahada Valley. The emerald green Kushida River flows along next to the street, and the mysterious mountains and gorges here are part of the charm of getting off the beaten path. National Highway 166 runs through Kahada Valley, and the picturesque scenery makes it popular among bicyclists and motorcyclists.

If you follow the local streets off Highway 166, the area is dotted with views of Japanese landscapes beloved by its residents, and deeply interesting shops. Every year, the Fukano District in Matsusaka’s Iinan Town is busy with a festival at Dan Dan Ta, a terraced rice field designated as one of the 100 best terraced fields in Japan. But normally, it’s a quiet, beautiful spot where you’ll only encounter locals. 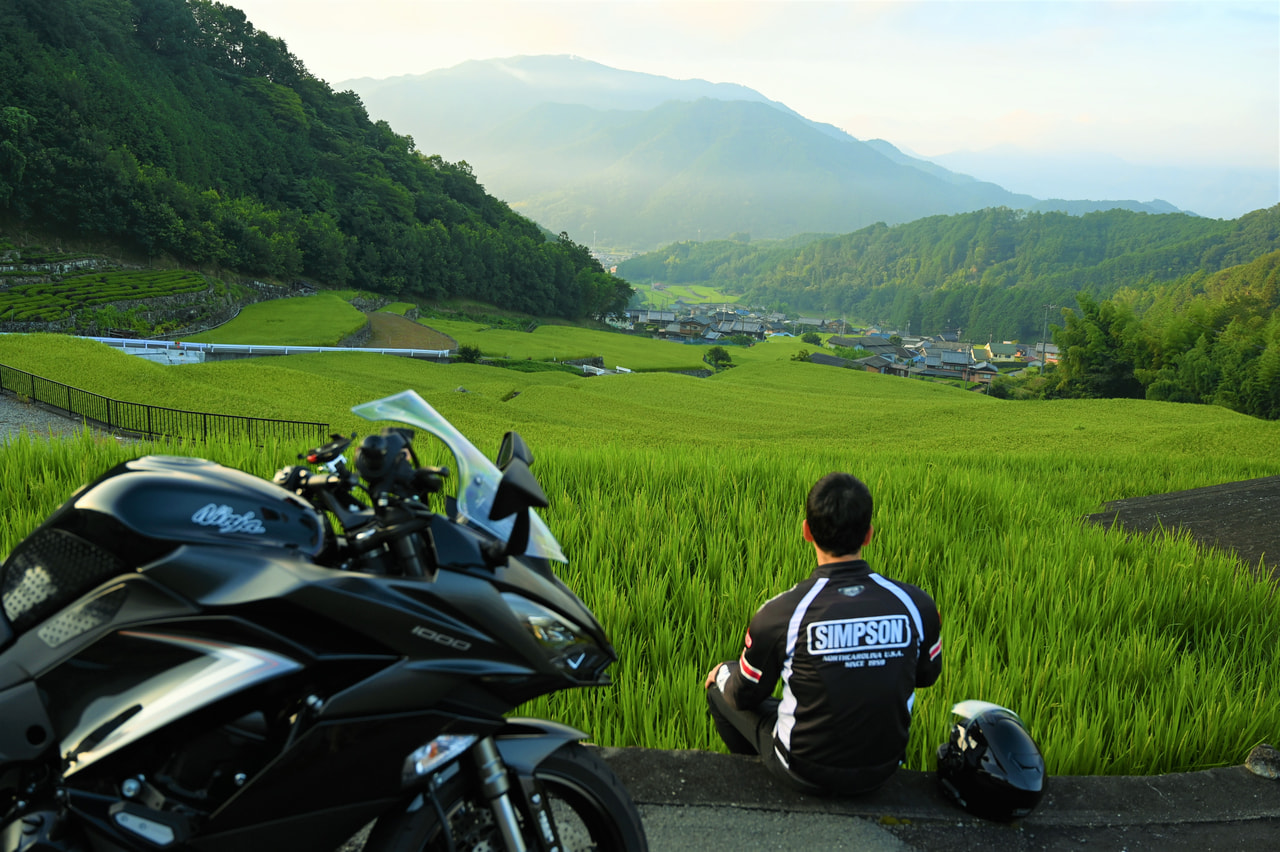 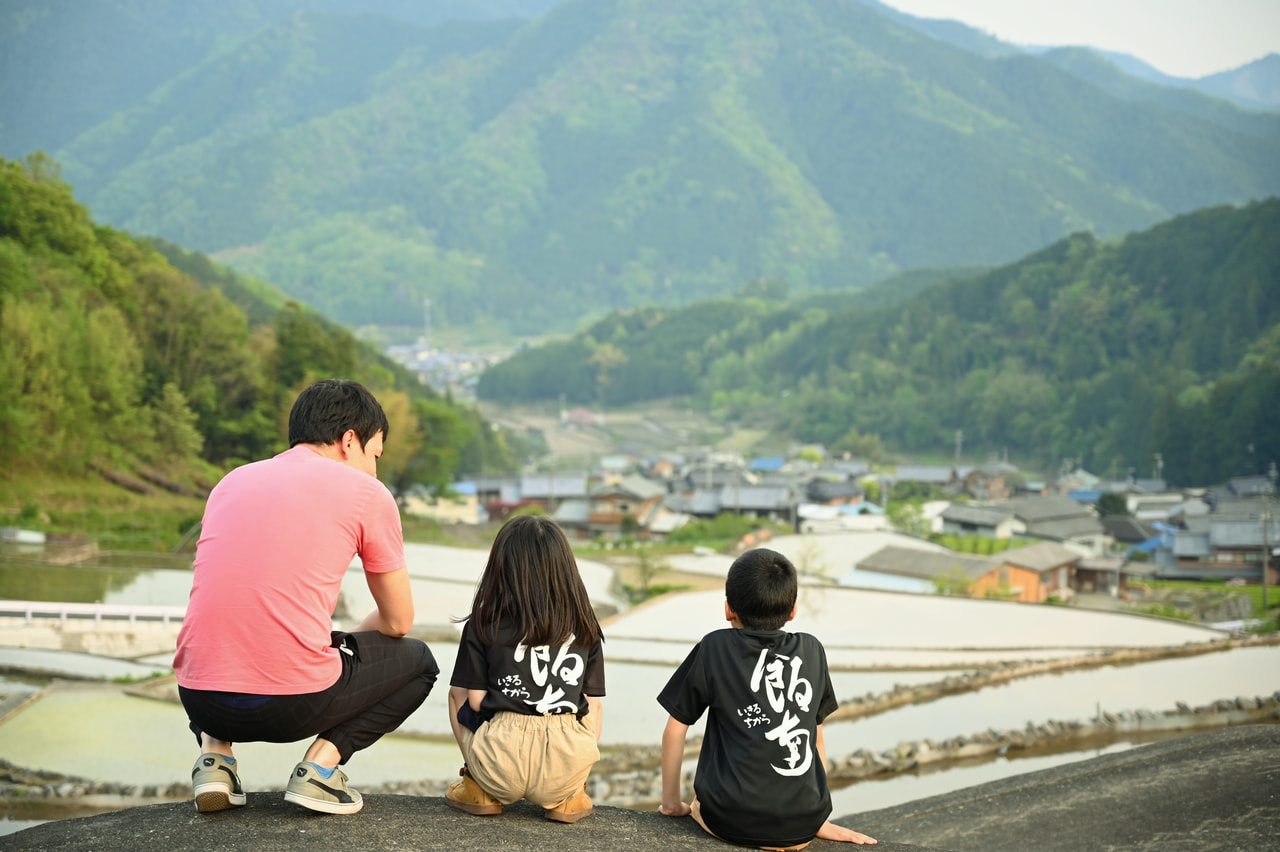 Apparently, the Kahada Valley also has about 70 bridges, many of which are constructed to go underwater in times of flood. It may be fun to find your favorite bridge. 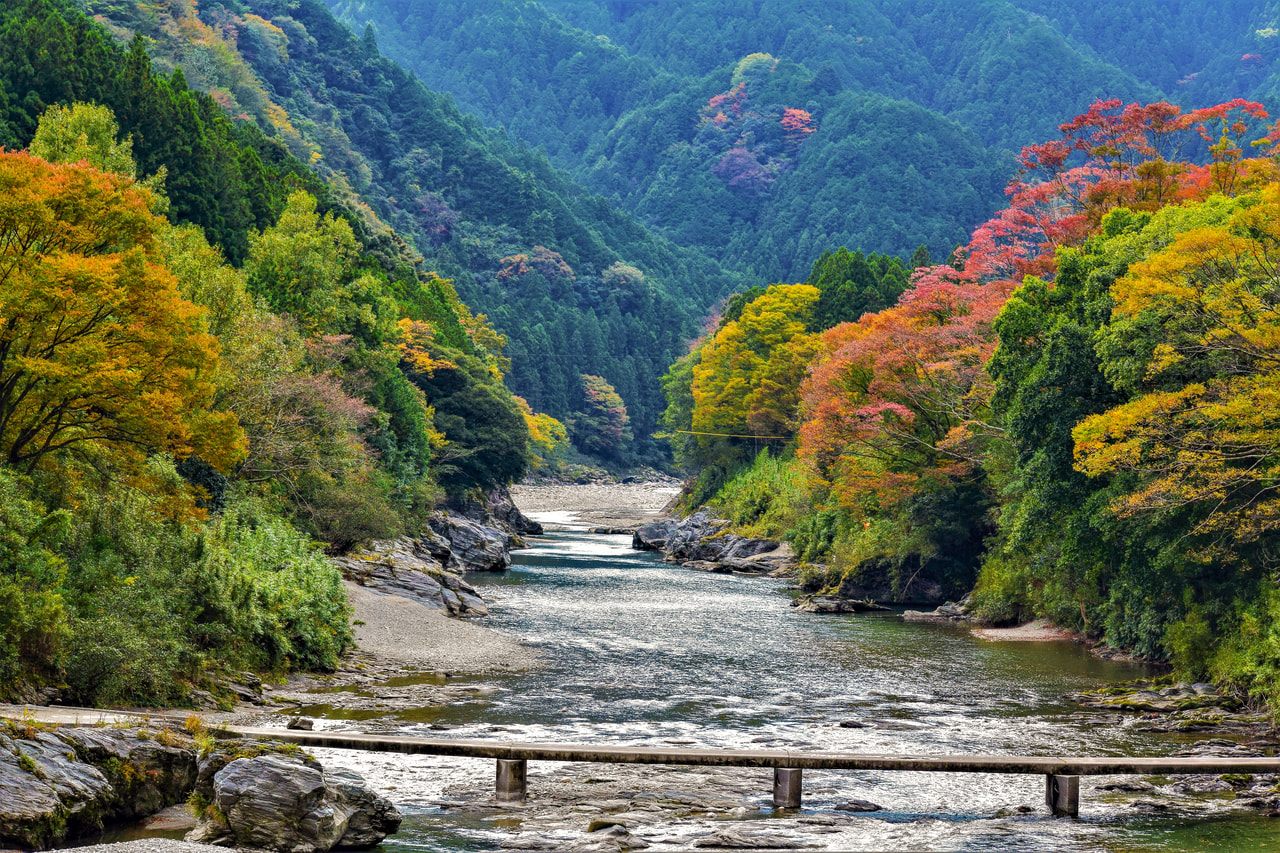 The region that the Kushida River flows through is a leading area for superior lumber, and from long ago, it has been an area with thriving timber production. While the Kahada Valley has many sawmills, compared to when I was a child, it’s become evident how many have closed down. An extended slump in the prices for timber, competition from cheap foreign materials, and decreasing demand for wood seem to be the primary reasons.

Are you familiar with Japanese waribashi? Have you ever taken a careful look at the wood grain of disposable chopsticks?

I visited Haze Waribashi (pronounced “ha-zay”), a local producer of disposable chopsticks in Tochidani, in Matsusaka’s eastern area of Iitaka. Mizutani-san, the business owner, talked to me about a variety of things, like the current status of waribashi, as well as the relationship of domestically-produced waribashi and the preservation of Japan’s forests.

In 1963, the independent business Mizutani Carpentry began, and in 2004 it paused operations. A slump in the forestry business made it difficult to get raw materials, an aging population made it hard to find manpower, and pressure from cheaper foreign materials were the reasons for the suspension of business. But in 2014, the original owner’s son (the current owner) reopened the business. Aiming for a reduction in labor, they pioneered a new market with higher-quality products. And then, with a sudden drop in orders from restaurants in 2020, in the midst of adversity caused by the wave of COVID-19 infections, they pursued another idea: to actively strive to produce waribashi within Mie Prefecture.

Roughly 98% of the disposable chopsticks we use in Japan are imported, and most of those are produced in China. Pressured by low-cost imported waribashi, many of the domestic producers were unavoidably forced to cease or curtail operations.

The disposable chopsticks produced by Haze Waribashi are all made with the unused remains of other wood products. They purchase the unused wood pieces when mills in the village process lumber, and carefully use each piece to ensure there is no waste. They taught me that using waribashi made from the remains of periodic forest thinning or lumber processing is an ecological action, connected to how, as a part of Japan’s forest preservation efforts, we each consciously use wood regularly cleared from the forests. 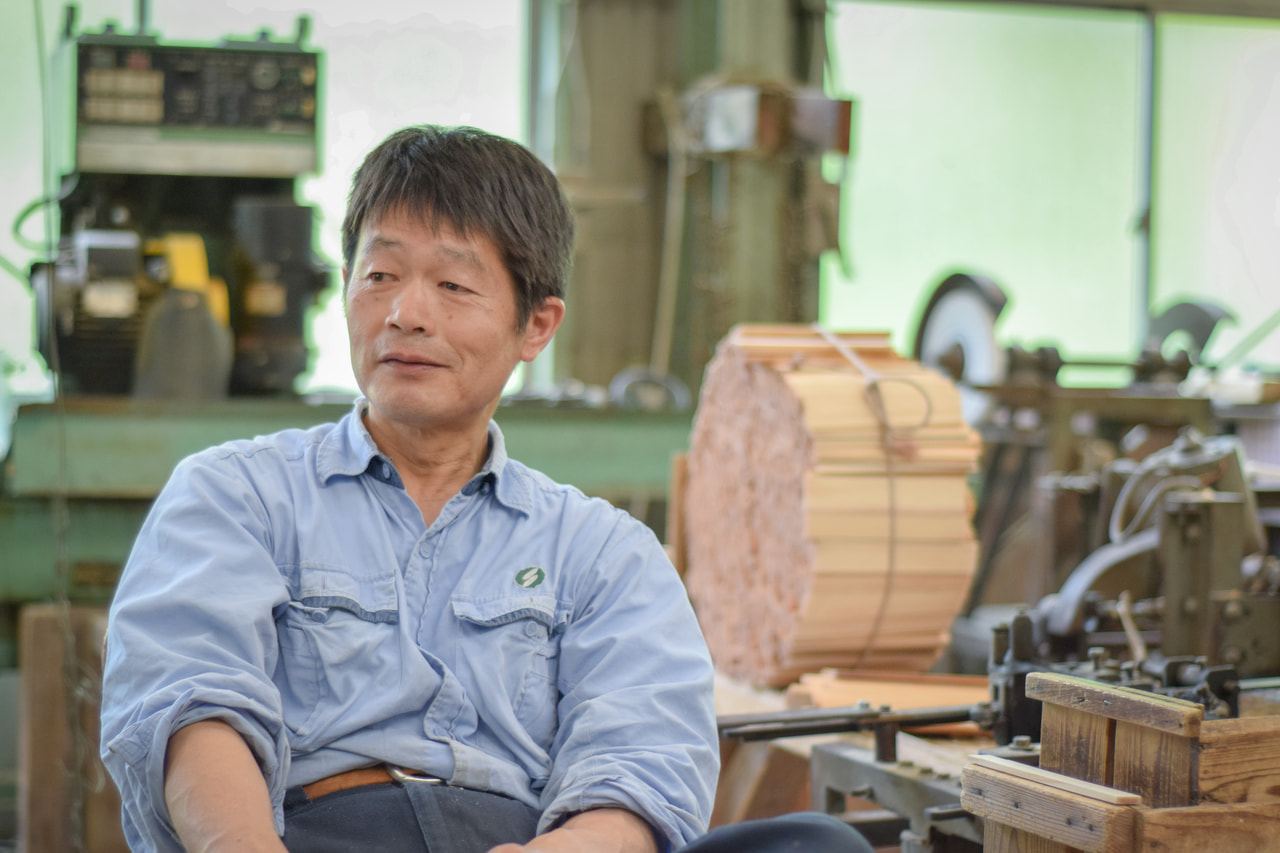 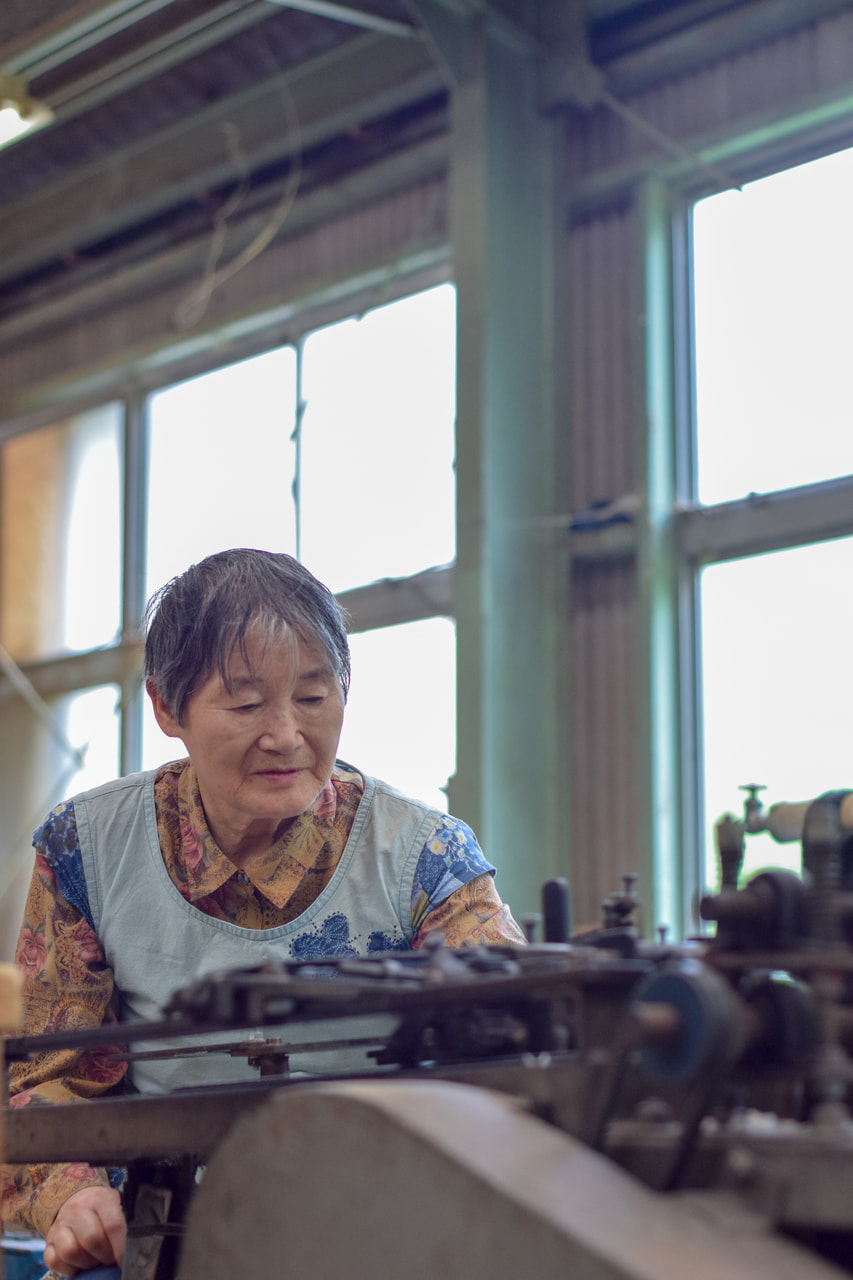 One of the skilled craftspersons at Haze Waribashi. 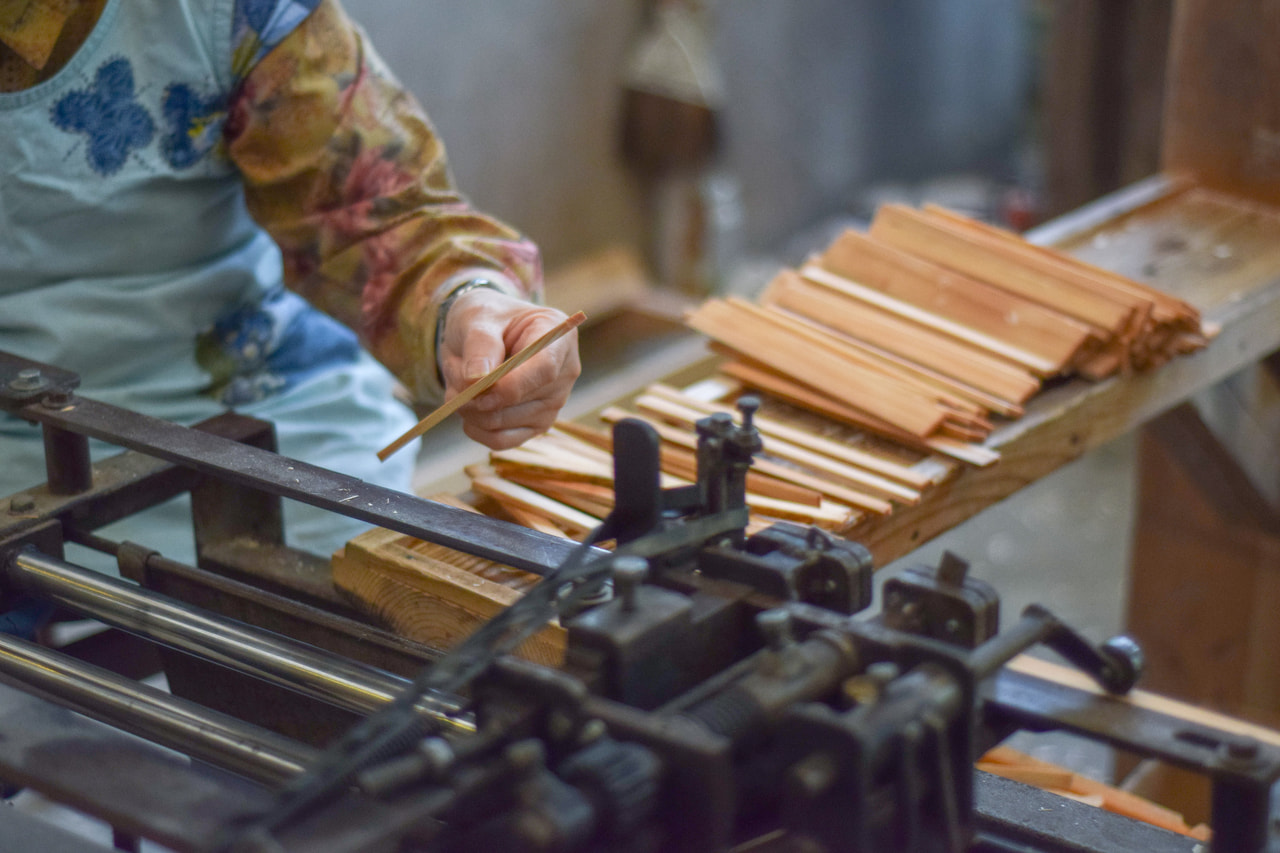 Chopsticks come in direct contact with our mouths. As the mother of small children, I’m thankful for the peace of mind and safety that comes with local Mie Prefecture waribashi.

By the way, have you ever looked carefully at the wood grain of disposable chopsticks?

The wood grain of Haze Waribashi’s disposable chopsticks is very beautiful. Called “straight grain,” the wood is cut along the grain of the tree, and this requires a great deal of skill. The straightness of the wood grain gives the chopsticks a clean break, and splitting them feels very satisfying. I’d certainly like you experience the feeling. 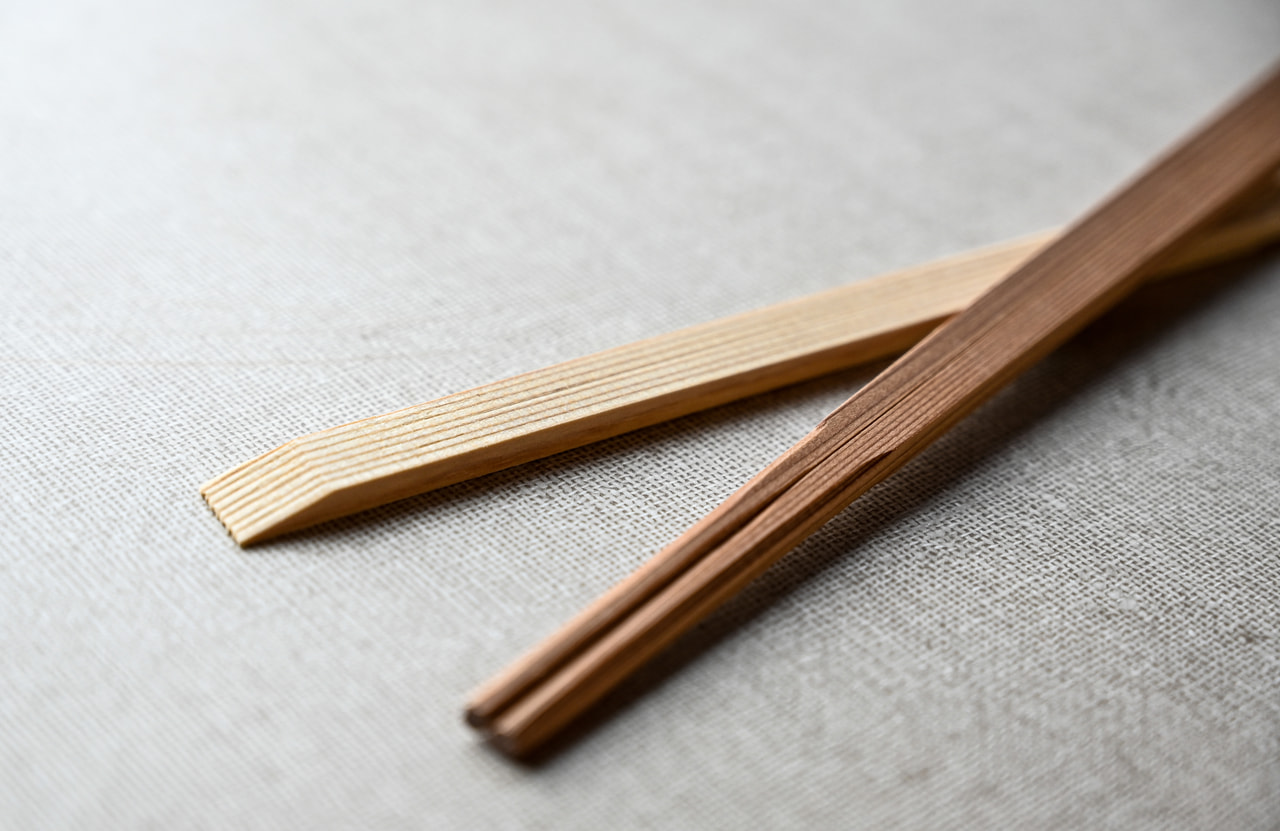 This area is close to the border with Nara Prefecture. Of course, it’s deep in the mountains, but the people are very charming and, how should I say—open-minded? Receptive? I can feel something is different here, and as a resident of a neighboring village, I’m taken by their charm. It’s currently closed, but I visited Haze Elementary School, near to Haze Waribashi.

Constructed with the Basque region of Spain in mind, and fitting for a town with forestry, the school was built with ample amounts of Japanese cedar and cypress. Apparently, the school was built so the children could learn among the warmth of the trees and develop a strong sense of humanity. The inside of the school is very compact. The school motto seems to have been: “Thinking kids, working kids, kind kids, healthy kids.” 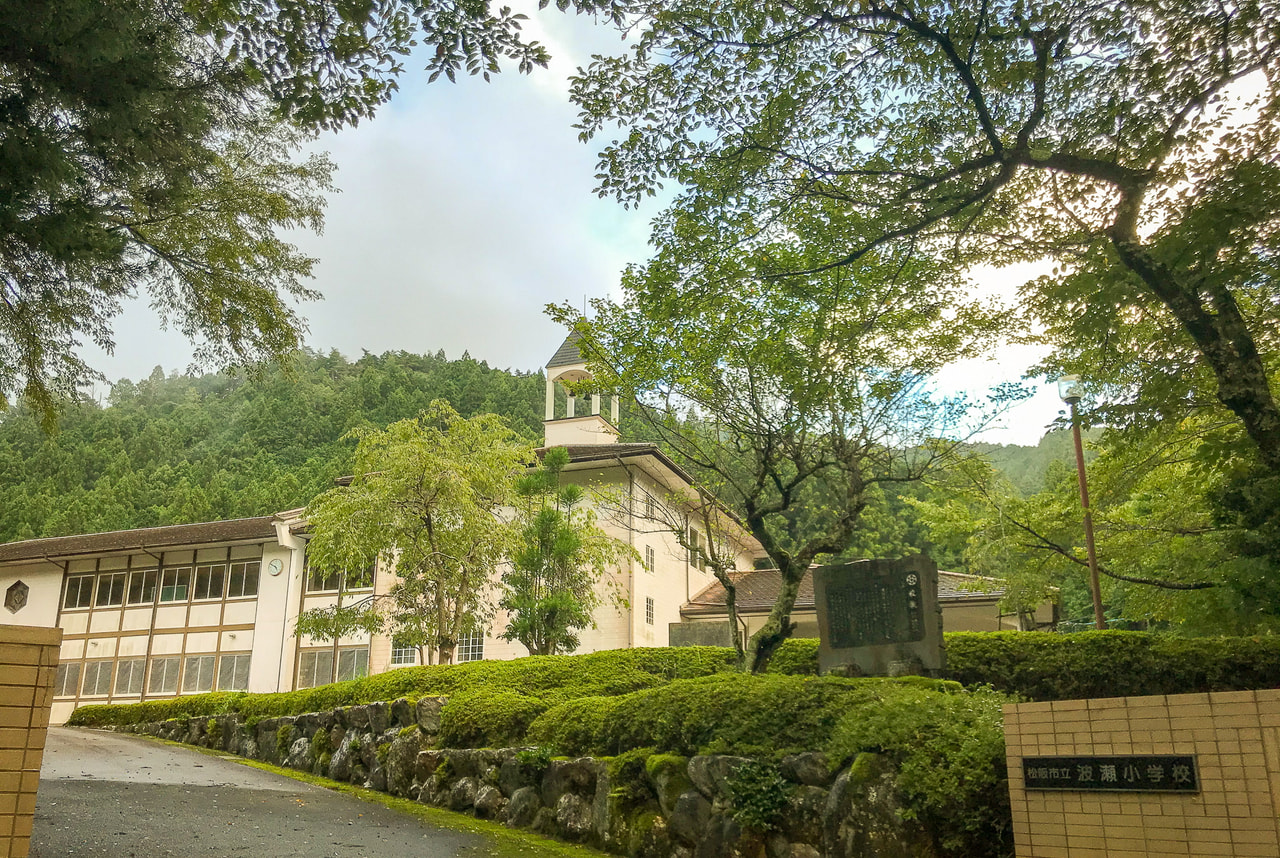 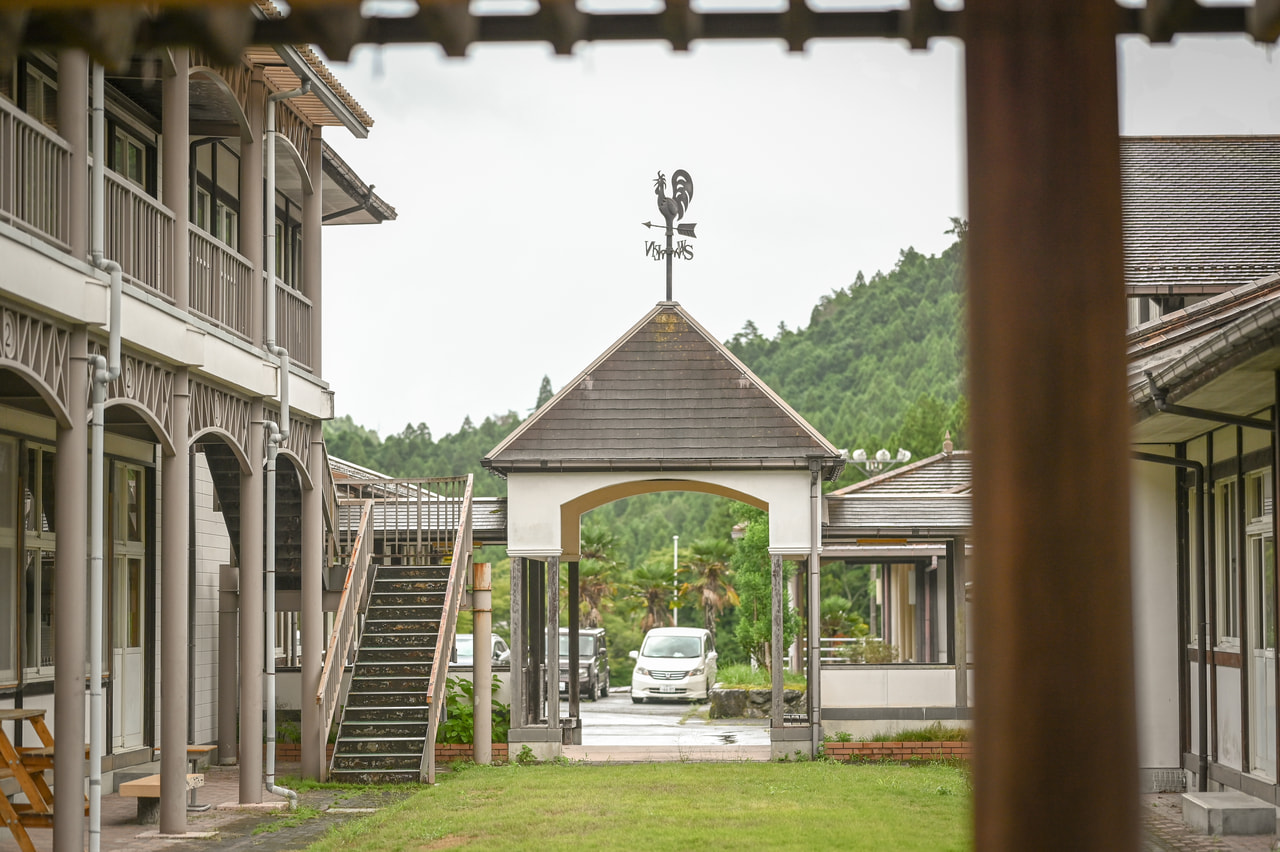 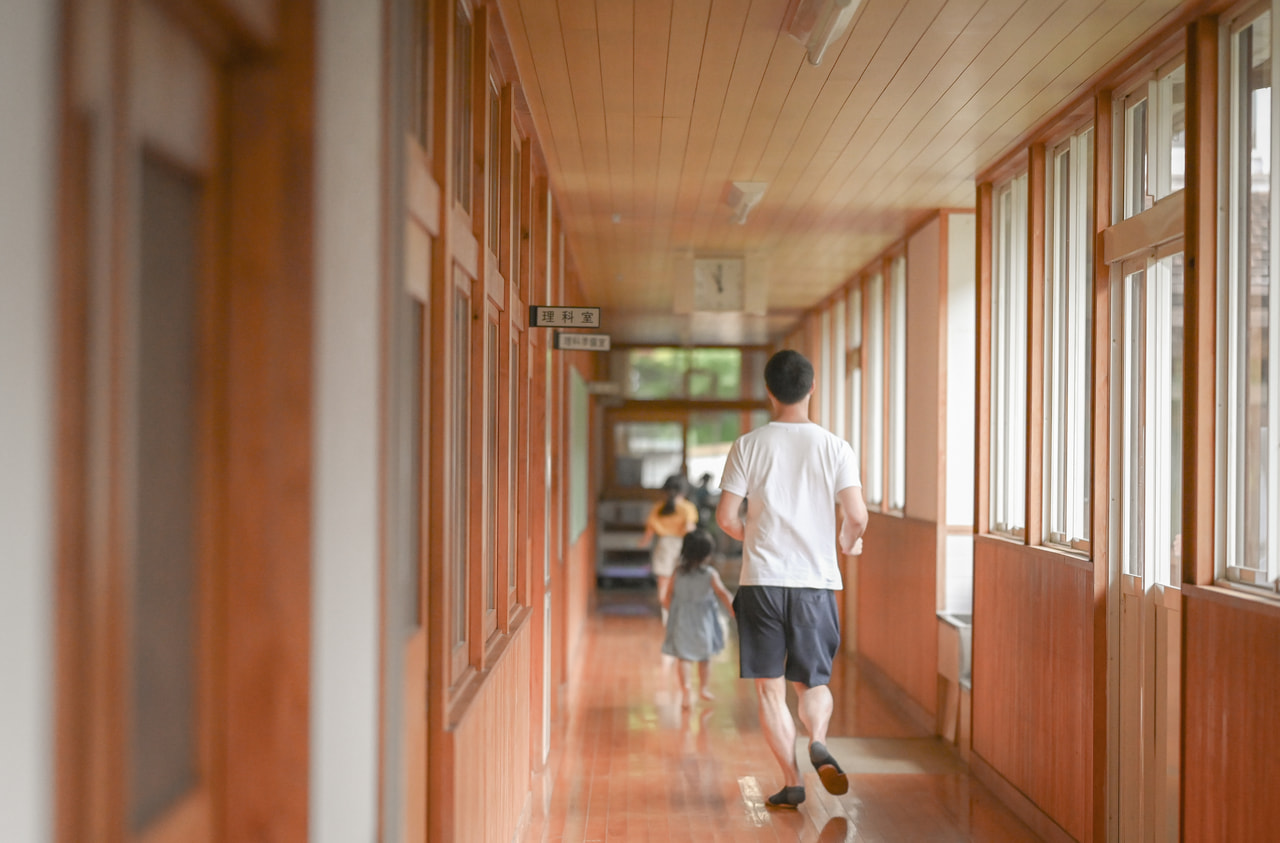 Local cedar and cypress have been generously used. 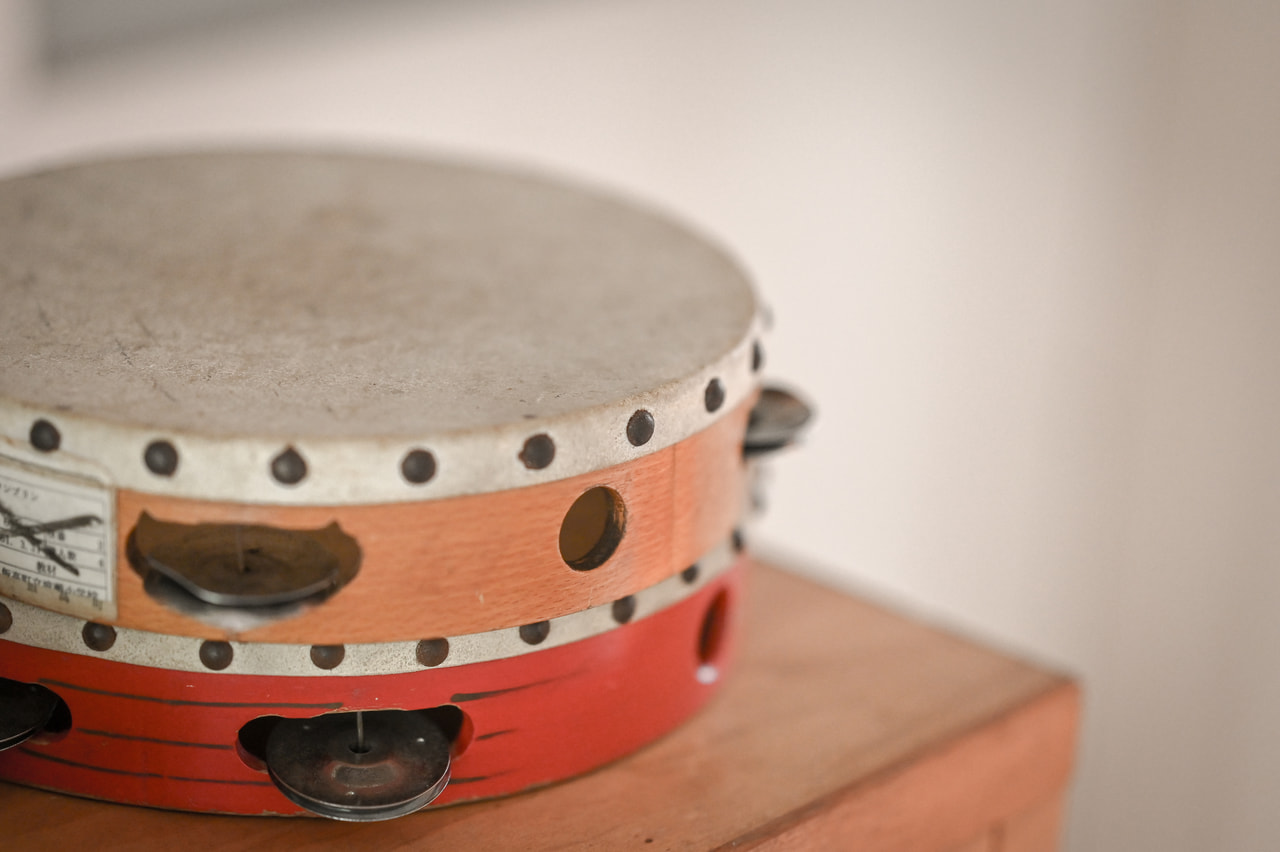 As if time has stopped, there are musical instruments still remaining.

The local people are charming. Perhaps, it has something to do with how multiple grades were merged into combined classes. The older students would thoughtfully help the younger students, cultivating a sense of responsibility. The younger students would absorb knowledge and their attitude towards learning. Each would carry a sense of independence, and spend their days at the school; that’s the image that comes to my mind. 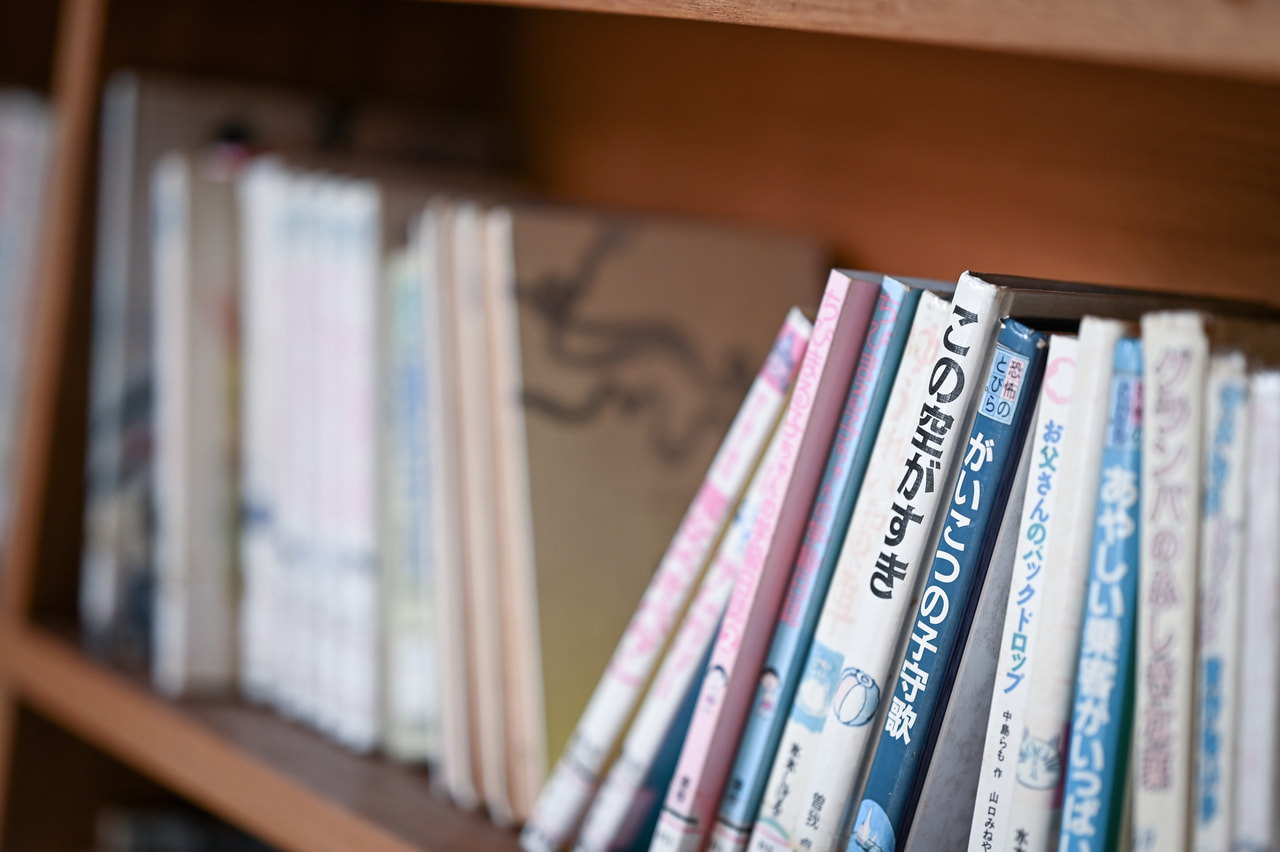 Additionally, the Haze District of Iitaka Town has much to see. There is Niji no Izumi (meaning “Fountain of Rainbows” in Japanese), which a single sculptor took 35 years to create. There is also the 8-Sided Bell of Taiunji Temple, designated as Tangible Cultural Property by the prefecture. 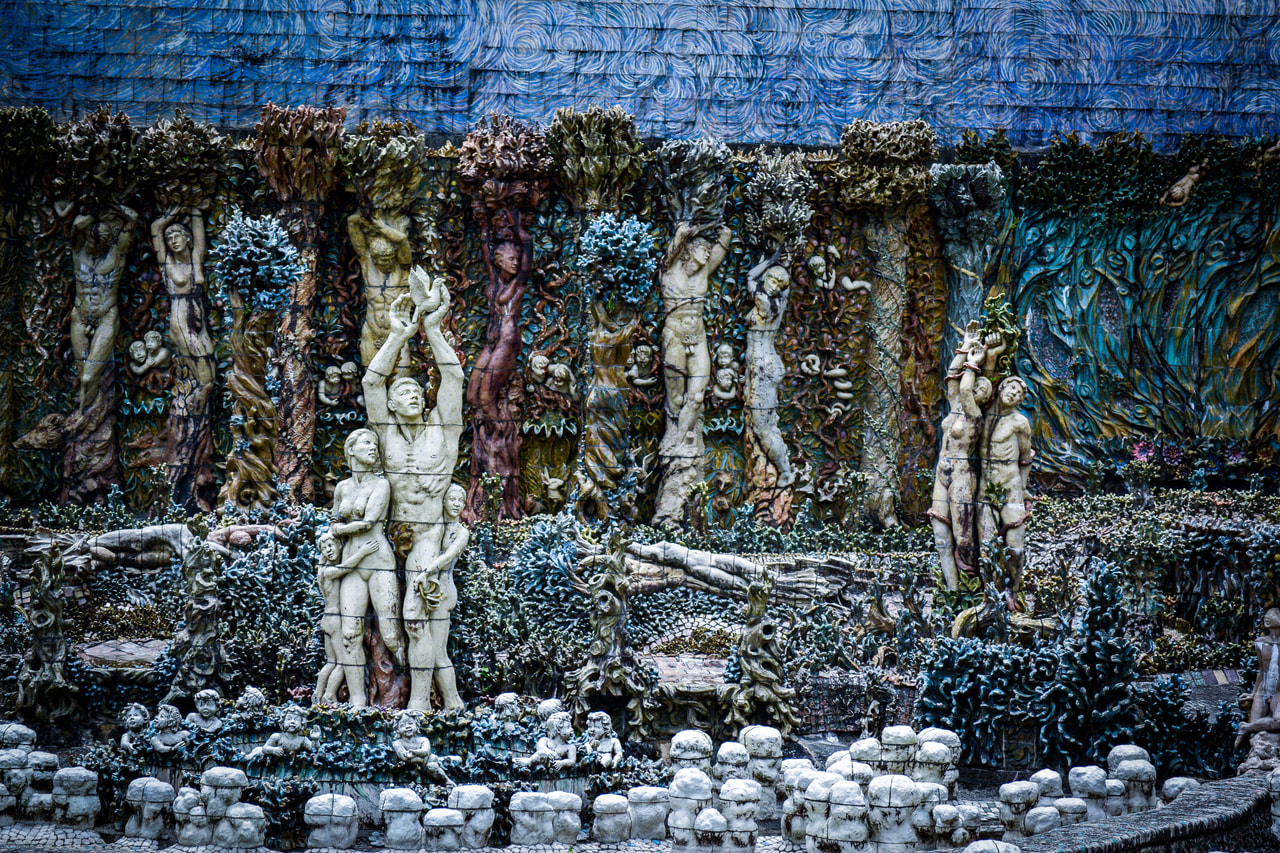 Niji no Izumi, Fountain of Rainbows 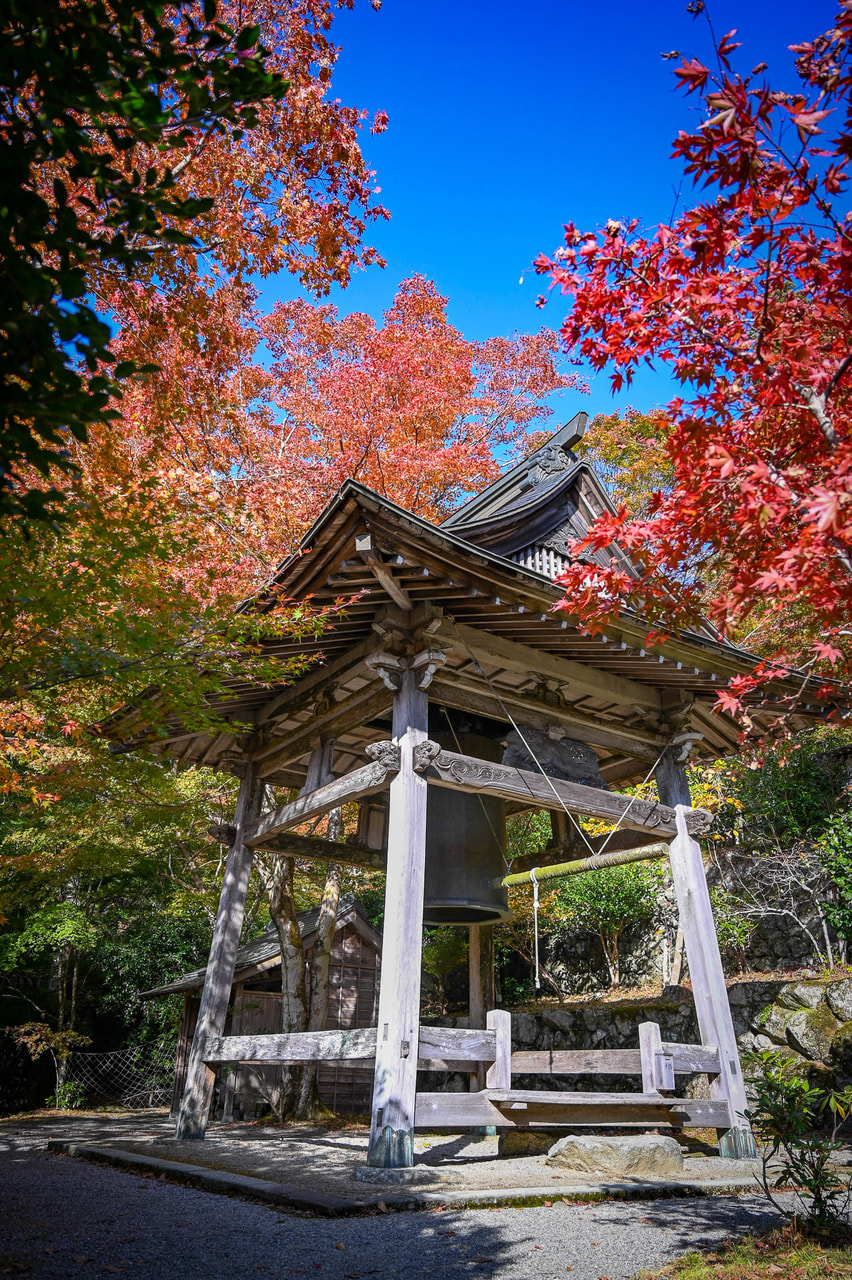 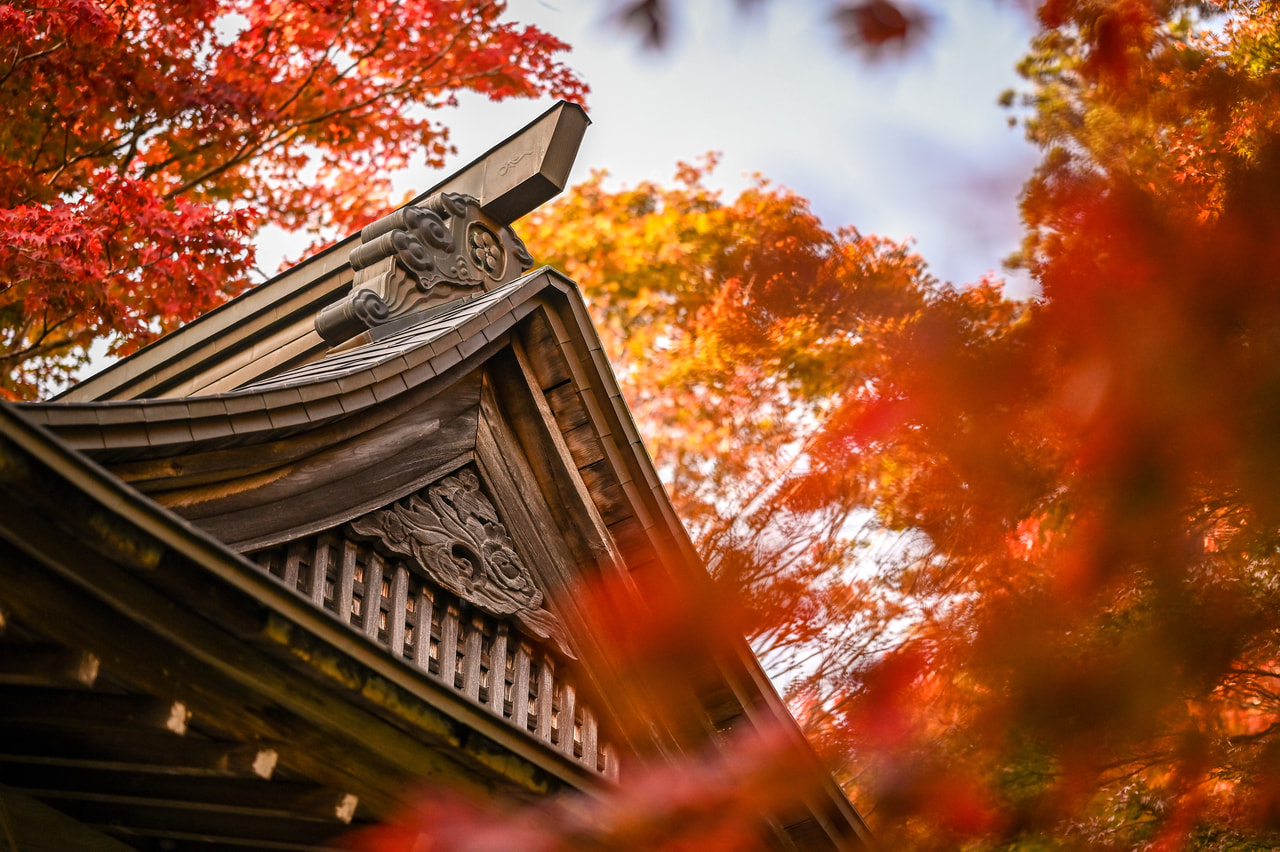 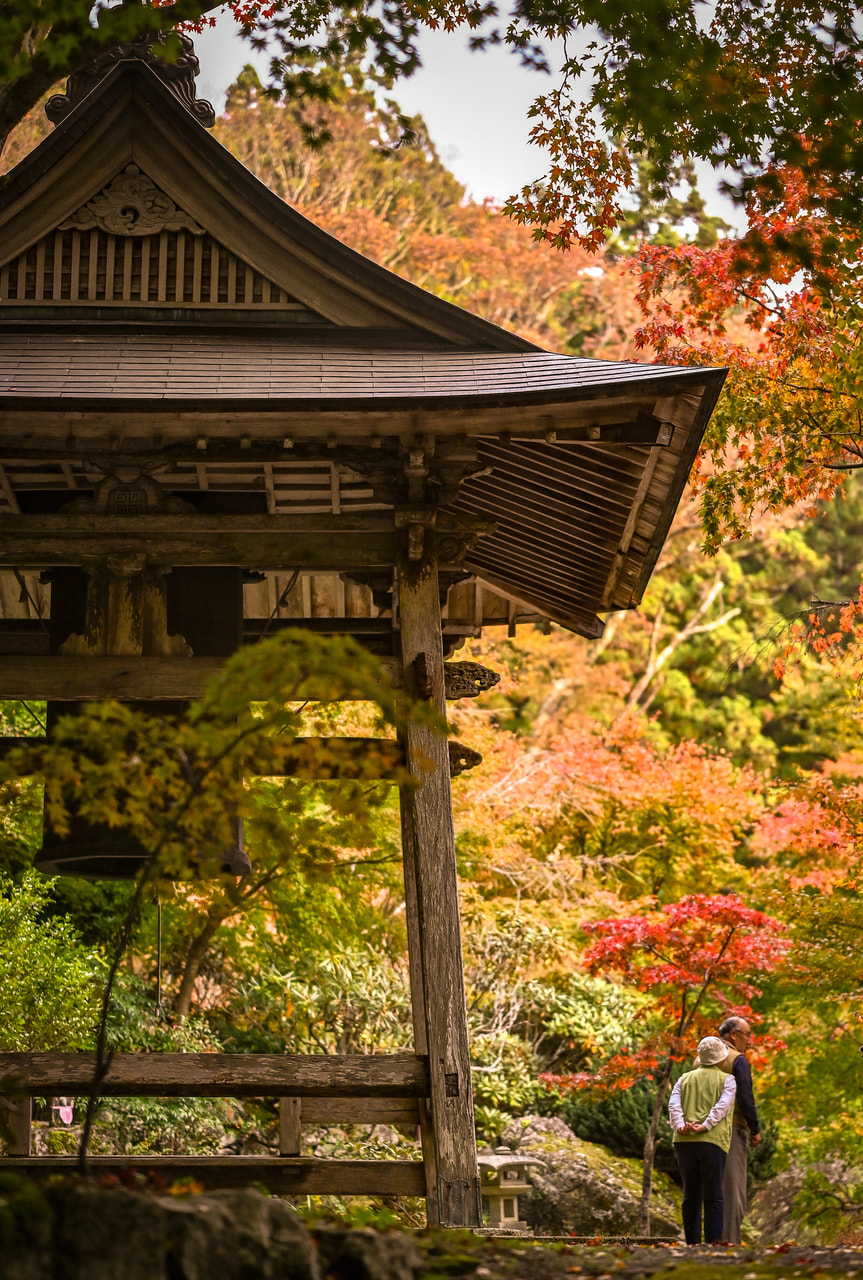 The eight-sided Bell of Taiunji Temple. 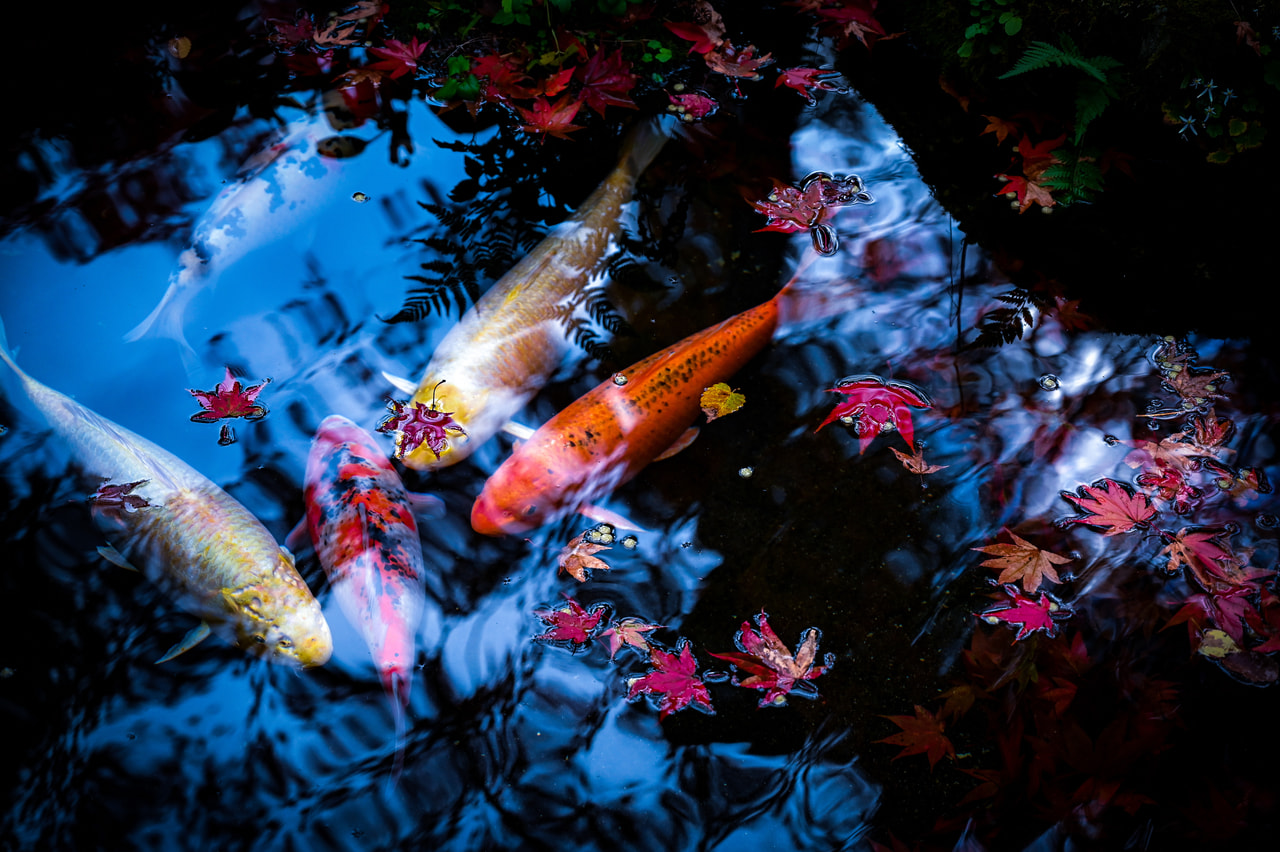 The edge of Matsusaka, the border with Nara. How about visiting once to experience the warmth of people, the warmth of the trees, rooted in this region?